As many of you probably already know, worst kept fash secret myflashtrash.com is the absolute go to site for quirky trend-led jewellery. From cute pendants, to ethnic inspired statement necklaces and rings just crying out to be layered up, there are pieces to suit any style tribe here. Here are just a few of the bits and bobs finding themselves on my wishlist.

I promise you, it's an addictive site: you'll soon be checking out the new arrivals on a weekly basis! Shop all these beauts and more at www.myflashtrash.com. 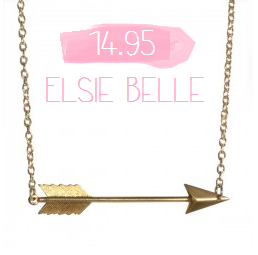 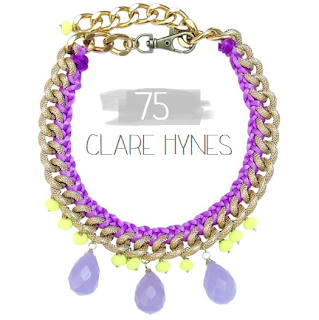 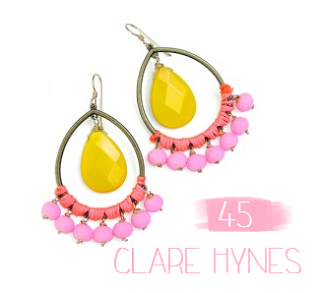 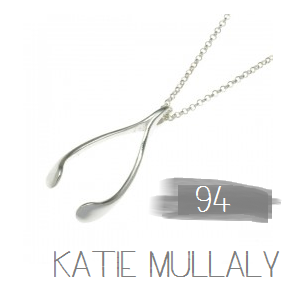 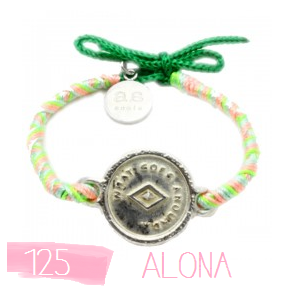 Couture Fashion Week is always a welcome break from the relatively drab mid season summer break. Fashion's final hurrah before the stressful September collections, Couture represents a step back to the intrinsic nature of fashion itself. RTW tends to dictate the following few seasons for both other designers and the rest of us on the high street, so in Couture the designers have much freer reign, relatively unconstrained by advertisers and commercial worries. As a result, these collections seem to go back to the soul of the house and tend to explore more radical shapes which won't be focused on the hard sell but instead on creativity.

Raf Simons third couture outing as creative director of Christian Dior was one of my personal favourites. The past two seasons have seen Simons cement himself as Dior man through and through, demonstrating to show his mastery of classic Dior styles and intrinsic knowledge of the house's archives. This collection sees him move slightly away from traditional Dior styles. Yes the silhouettes and aesthetics are still fundamentally Dior, but the look is very much modernity personified, something Simons excels in.

Here is just a small cross section of the 53 styles: 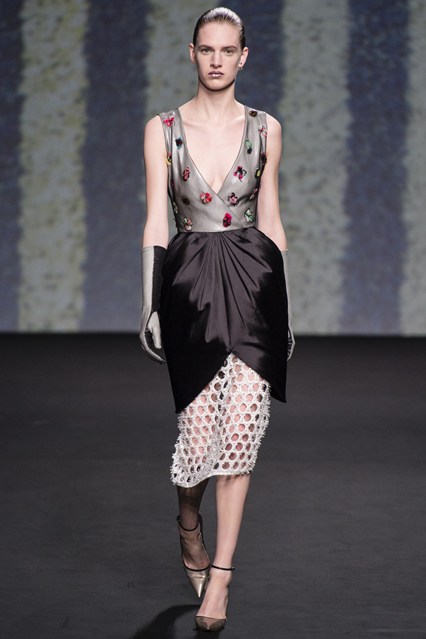 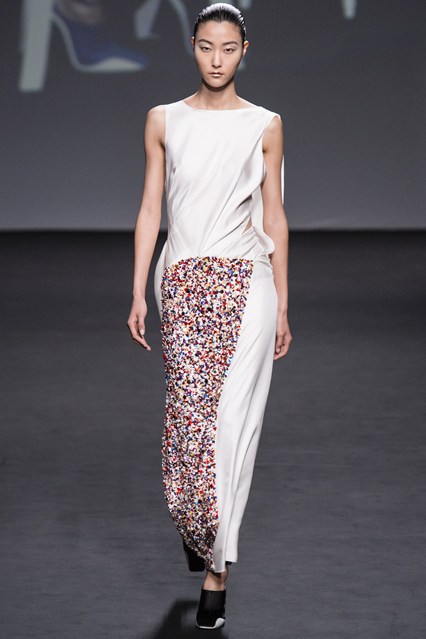 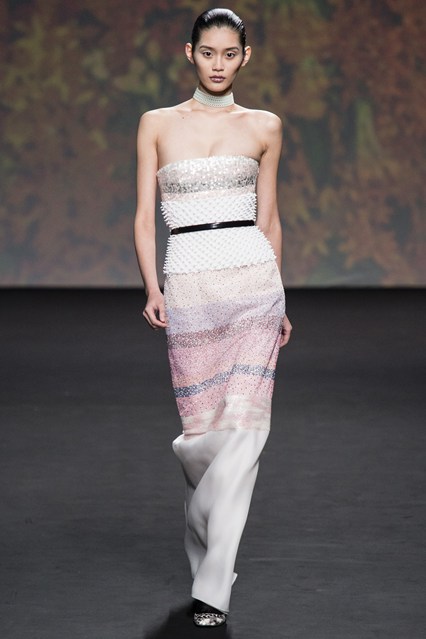 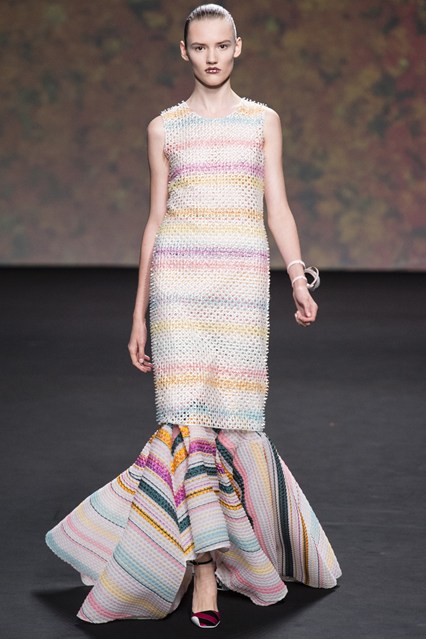 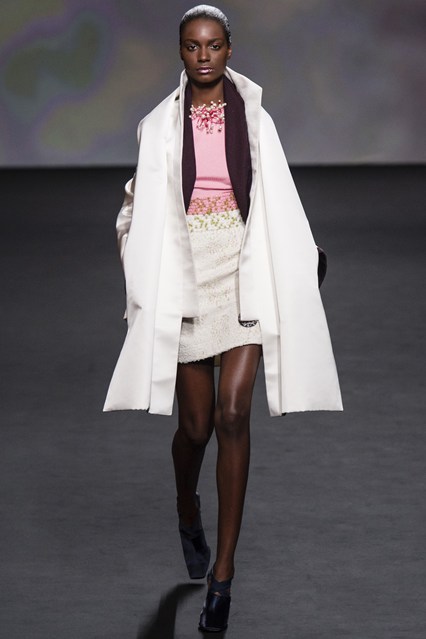 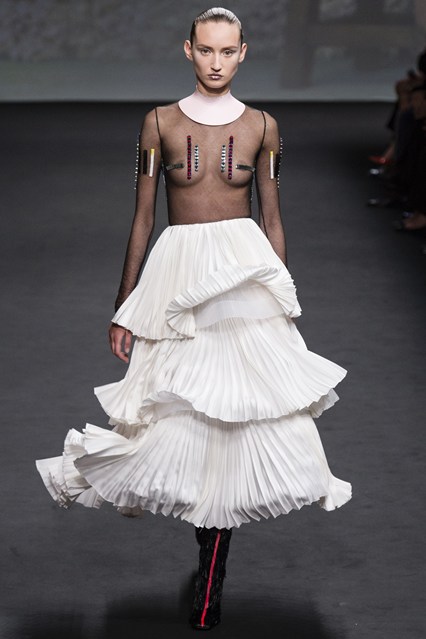 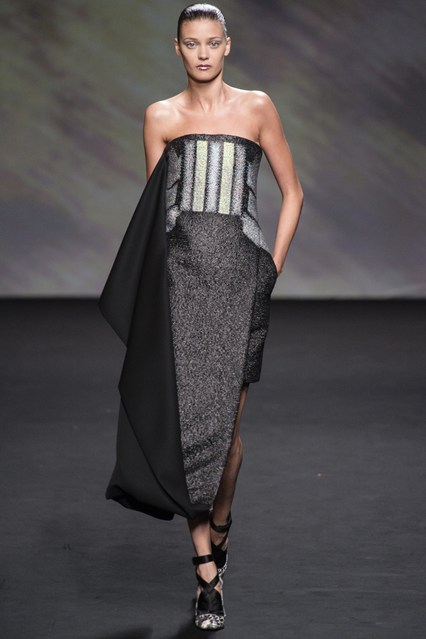 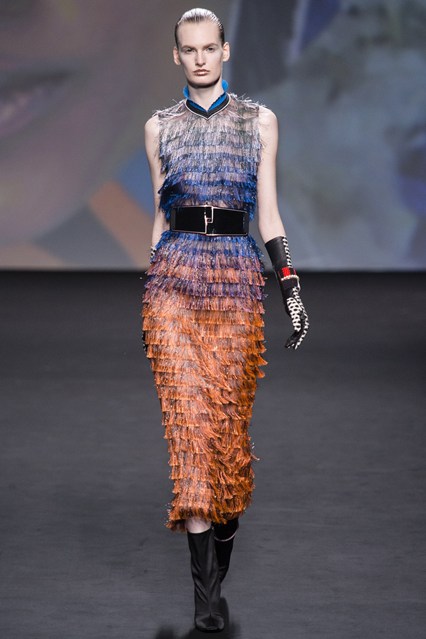 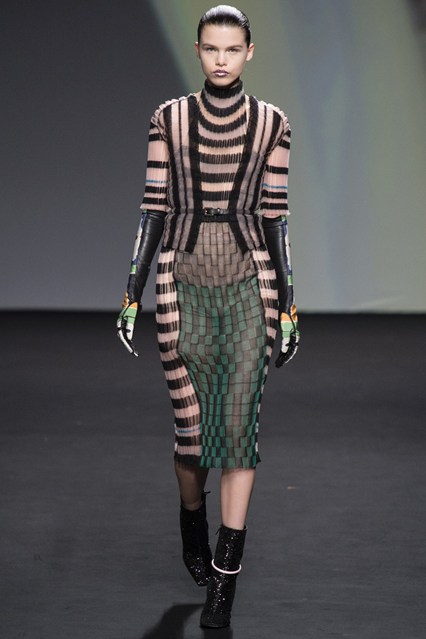 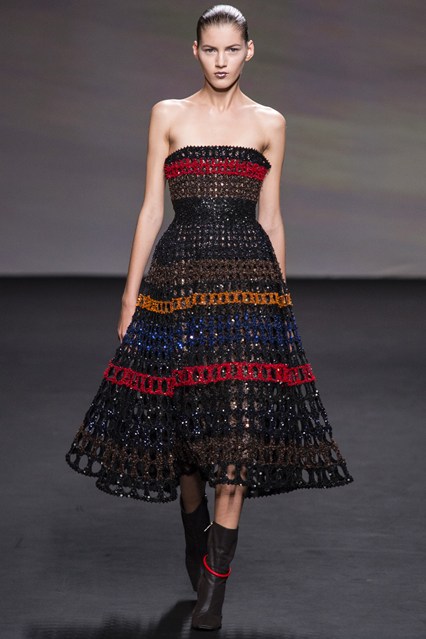 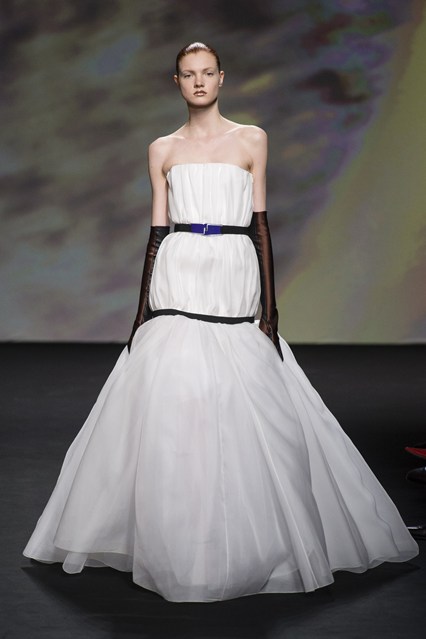 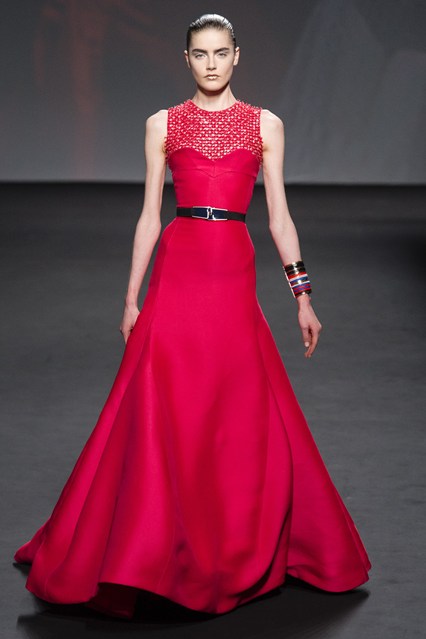 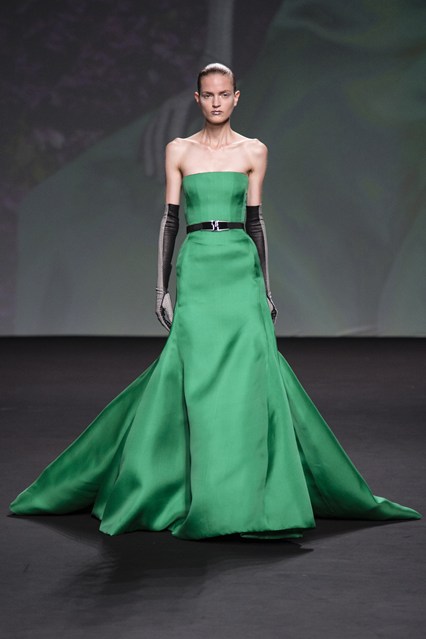 As you can see, it is a collection of variety and experimentation. You can see the heavy influence of mid twentieth century styles - the cinched in waists, heavy silks and demure strapless styles. But this season, Raf wanted to experiment with the idea of 'Global Fashion Culture'. This is evident in the delicate textural shibori fabrics, transforming a relatively simple silhouttes into beautifully intricate dresses. The jewel like colours and mixture of aztec prints help cement this feeling of Paris meets Africana. My personal favourite is the ombre grey to blue to orange glass fringe dress. A piece that really shouldn't work, yet Simons grasp of both the new modernity and the very niche Dior Couture customer makes this piece (and the rest of the collection) work all too well. This is the new Dior, styles that hark back to the golden age yet embrace the future whole heartedly.

The other interesting aspect of this show was the multi media aspect - viewers were confronted with huge screens with images collated from the greats of fashion photography of the models in their looks pre-show (think Patrick Demarchelier & Terry Richardson). The increasingly multimedia nature of fashion is shaping the landscape of fashion itself, and I for one, perhaps because I work in Social Media, am super excited to see the result.

So, to sum up this fabulous concoction of cultures and aesthetics - think chic africana, subtle shapes, impeccable craftsmanship, unusual colour combos and texture clashes. Elegant and creative couture at its finest.

I've just heard on the grapevine that all of my lovely followers via google will be disappearing soon! Thanks for that google plus. Really super helpful to all of us bloggers who work so hard to build up a follower base!

Make sure you follow me via blog lovin instead to get lots of new content and shiny amazingness.